skip to main | skip to sidebar

No Random Pictures to be Had

Apparently there is a lifetime limit to the number of pictures we can take of Lonan and after 3.5 years we have reached it. He DOES NOT like to have his picture taken any more. If he catches us he points at the culprit and screams NO PAPARAZZI! These were captured on the sly. 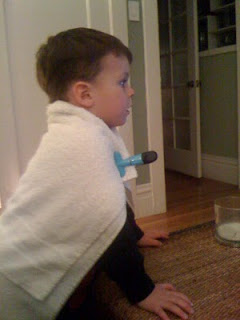 The same cheap parents who won't buy him a Spiderman mask also have not bought him a superhero cape so he is forced to wear a towel instead. 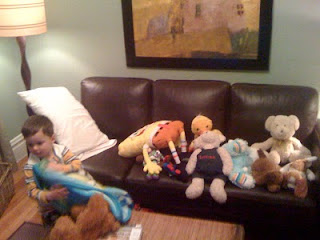 Here he lined up all of his friends to watch a movie.